Congratulations to our 2015 winners!

First Prize: A SINGULAR THEY by Aliza Goldstein. While making up for missed classes, an intersex teenager strikes up a rapport with their biology teacher, who provides much-needed validation for their skepticism about surgically “normalizing” their body, and  – perhaps dangerously – treats them like an adult.

Second Prize: THE CHISERA by Paula Cizmar. A drama about water—or the lack of it. In a parched lake bed in the High Sierra, a geologist and her daughter confront their failing relationship, the loss of their husband/father, and the spirit of Mary Austin, a woman who once struggled to save the area from destruction.

Third Place: TRIGGERS, by Val Stulman. Disgraced police detective Sarah Kopelow is is haunted by her mistakes and a drive to help a mentally unstable, abused housewife. Nothing fits neatly within prescribed boundaries—least of all Sarah.

On Sunday, April 19, 2015, Aliza Goldstein was honored with a staged reading of A Singular They followed by a celebratory supper at the Ebell Club.

About the Winning Playwrights

ALIZA GOLDSTEIN: A Singular They 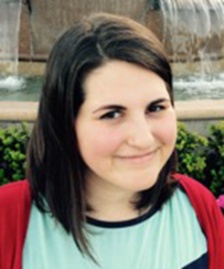 Aliza is an east-coast transplant and recent graduate of New York University’s Tisch School of the Arts, where she double majored in dramatic writing and anthropology. She was the recipient of the 2013 John Golden Undergraduate Playwriting Award, a faculty-selected honor. Prior works include IZZY ICARUS FELL OFF THE WORLD, which won the 2007 VSA Playwright Discovery Award and was produced at the Kennedy Center in Washington DC; OTHER PEOPLE’S GARDEN GNOMES, a Young Playwrights Inc. 2010 National Playwriting Competition finalist play. Other honors include: Winner, Blank Theatre Company’s Young Playwrights Festival (2008, 2009, 2010, 2011); Finalist, Thespian Playworks (2008, 2009). After a stint as a transcriber for reality television, she is currently a writer for a multiplayer online video game, where she spends a lot of time writing about aliens and pushing a feminist agenda. 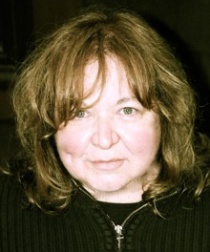 Paula Cizmar’s plays have been produced in theaters abroad and from Maine to California—including Portland Stage, The Women’s Project (New York), San Diego Rep and Playwrights Arena @ LATC. She has been selected for the O’Neill National Playwrights Conference and Sundance Theatre Lab. Numerous awards include a National Endowment for the Arts playwriting grant, a residency at the Rockefeller Foundation’s study center in Bellagio, Italy, and a TCG/Mellon Foundation On the Road grant. She is one of the authors of the acclaimed documentary play Seven, which has been translated into 20+ languages. Often taking on political and social issues, her many produced plays include: Street Stories, Ghost Dance on Mulholland, The Death of a Miner, Candy & Shelley Go to the Desert, Bone Dry, and Still Life with Parrot & Monkey.  Paula was a staff writer for two seasons on the PBS series “American Family.” She is an assistant professor of playwriting at the University of Southern California where she was the recipient of a Mellon Mentoring Award. More info at Paula Cizmar. 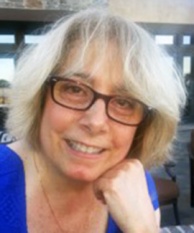 Val Stulman is a writer, actor and producer. Triggers has had staged readings at the Skylight Theatre’s INKubator, the Blank Theatre’s Living Room Series and The Ruskin Group Theatre where she is a co-founding member of the Playlab.  Her new play,  Mercy Mission will have a staged reading at the Ruskin soon. After spending many years working in TV production, Val earned her M.F.A. in Playwriting/ Screenwriting from UC Riverside in 2007.  She has taught writing, theatre, film and acting at various colleges and high schools in Southern California. She trained as an actor with Austin Pendleton at HB in NY, RADA in London, and in L.A. with Roy London and Ivana Chubbuck. She also writes TV and film with partner J.T. Shannon. Check their work out at StulmanandShannon.com.